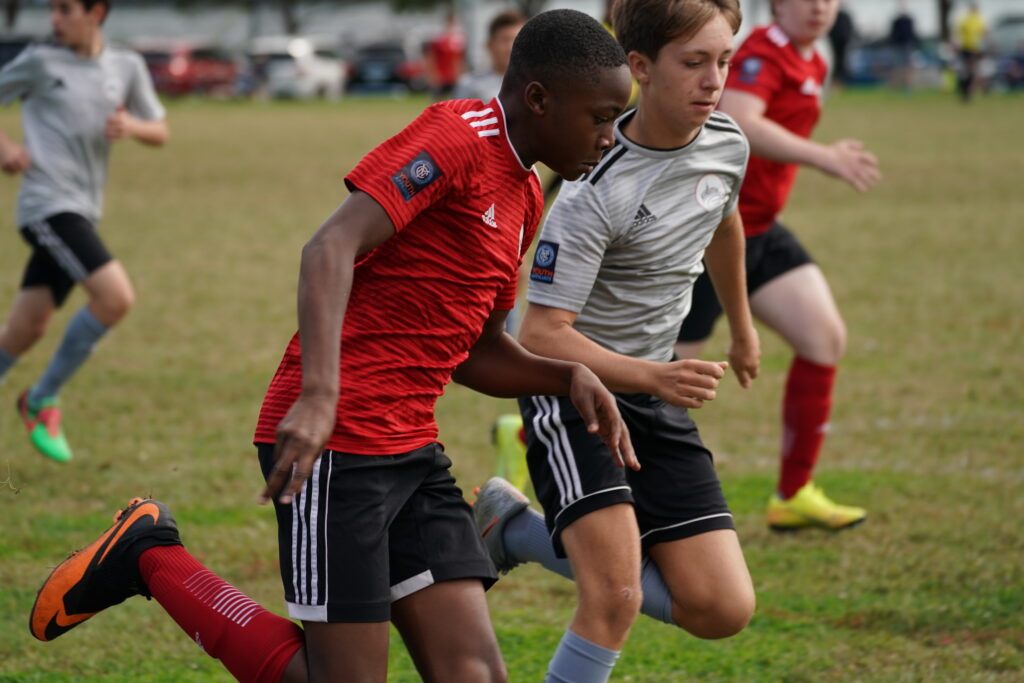 Manhattan Dynamo, coached by Carlos Moreira, is currently in second place in the Boys U11 Division One, with three wins, two losses, and a tie.  Dynamo has a small chance to catch division-leading and undefeated Scarsdale for the division title. Still, they have an excellent opportunity to stay in second place for the remainder of the fall season.

Manhattan Thorns, coached by Haleigh Svede, is currently in fifth place in Girls U11 Division Three.  The Thorns started the season with two straight shutout losses but have rebounded strongly with three wins in their last four matches.

Manhattan Boltz, coached by Haleigh Svede, is currently in fifth place in Girls U11 Division Three, with three wins, two losses, and a draw.  The Boltz controls much of their destiny, with two remaining matches on the schedule against first-place Harrison and second-place West Side Red Bulls.

Manhattan United, coached by Mamadou Diop, currently sits atop the Boys U13 Division One, with four wins and one loss.  The United is hoping to get the chance to avenge that one loss to Lansdowne SC if the postponed rematch is ultimately rescheduled before the end of the fall season.  The United has been high powered all season, leading the division in goals scored (22) and goal differential (+17).

Manhattan Blitz, coached by Bouna Coundoul, is currently in first place in the Boys U14 Premier Division, with four wins, one loss, and one tie.  The Blitz play second-place Riversdale on Sunday, at which time a win will clinch the division title for them.  The Blitz lead the division in goals scored (12) and goal differential (+6)

Manhattan Impact, coached by Ismaila Konate, is currently in fourth place in a ten-team Boys U14 Division Two but only three points from first place.  The Impact has four wins and two losses.

Manhattan Lyon, coached by Iglir Arapi, is currently in third place in the Girls U14 Division One, with two wins, two losses, and one tie. Lyon has a huge game left on their schedule against first-place and undefeated Gothan Girls on November 15.  Lyon already tied second-place and heated rival, West Side Red Bulls 2-2, on November 1.